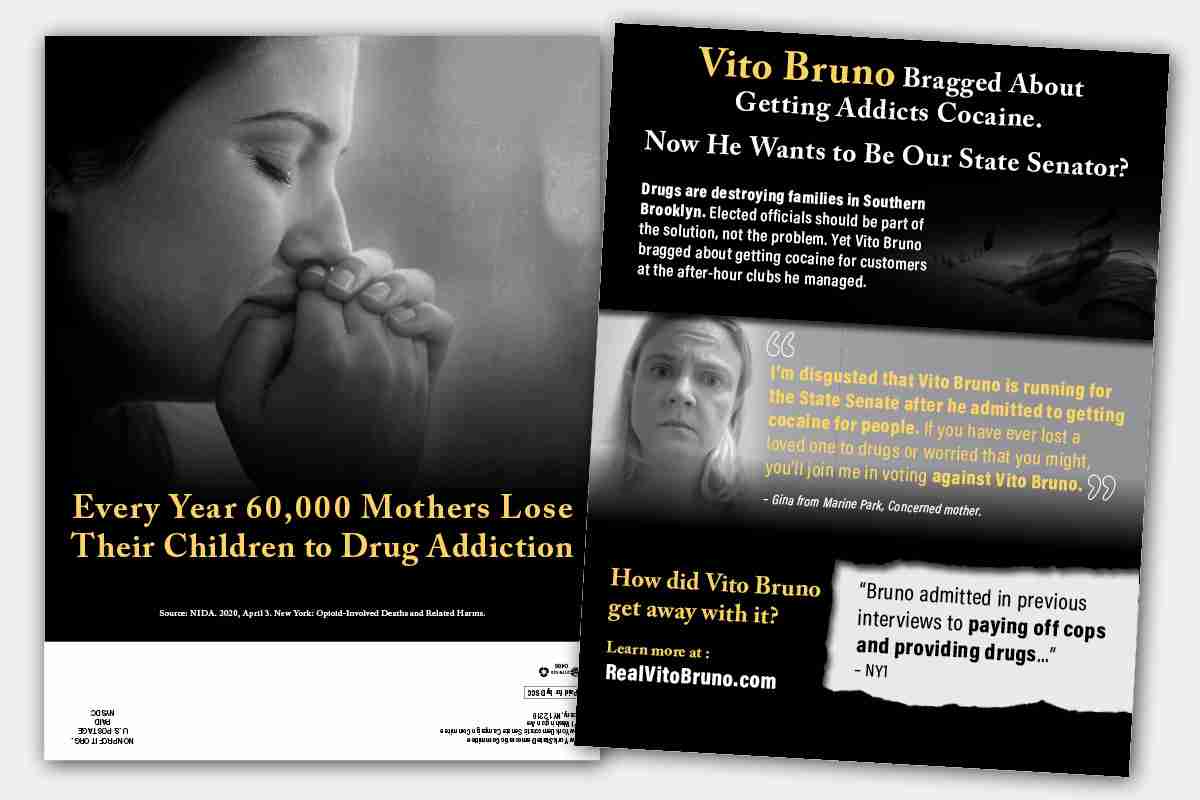 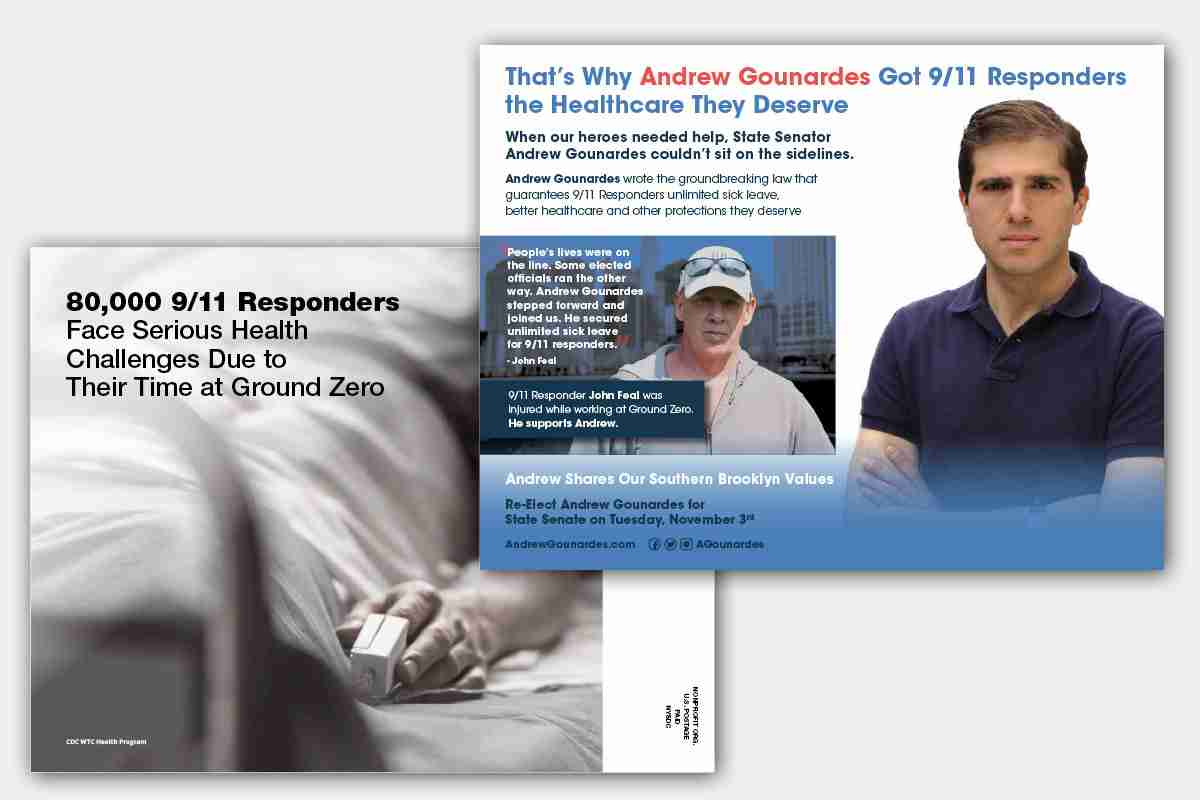 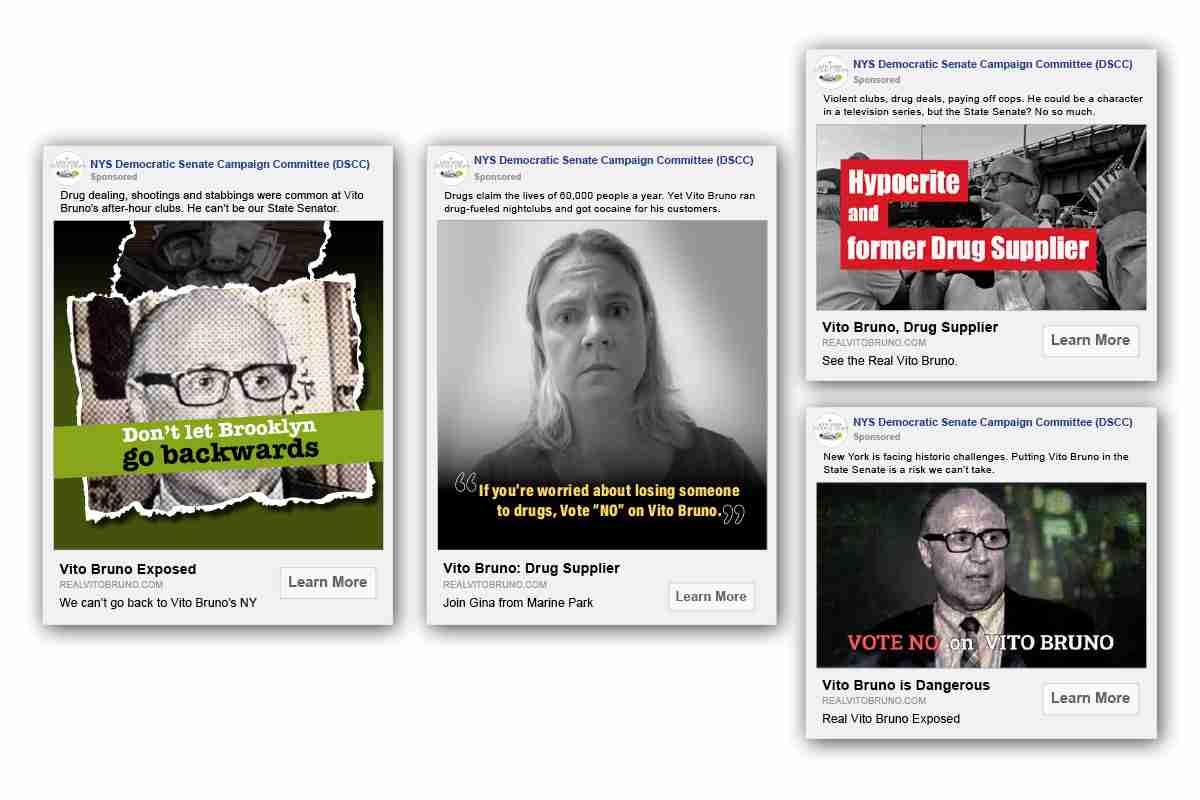 2016 Primary
In 2020, the Democratic State Senate was running for re-election for the first time in his conservative Southern Brooklyn district. It was a challenging endeavor due to five key elements

Our Approach
Being outspent by an independent expenditure that was viciously attacking Gounardes for being soft on crime, we knew we had to fire back. Our research showed that talking about social issues or police reform was not the way to score points – but there was a path.

Our opponent had spent his career owning and managing music venues and dance clubs that were magnets for drugs and violence. We painted the Republican as someone who was complicit in the crimes happening at his clubs. We made the case through police reports and testimonials.

In contrast, we did multiple pieces of mail highlighting the important work Gounardes had done to improve the health coverage for emergency first responders and those who had worked at Ground Zero. The contrast could not have been clearer.

Our Result
In the end, we won 52-48%, despite Trump winning the district, the Democratic congressman losing his seat, and being outspent nearly 2-1.