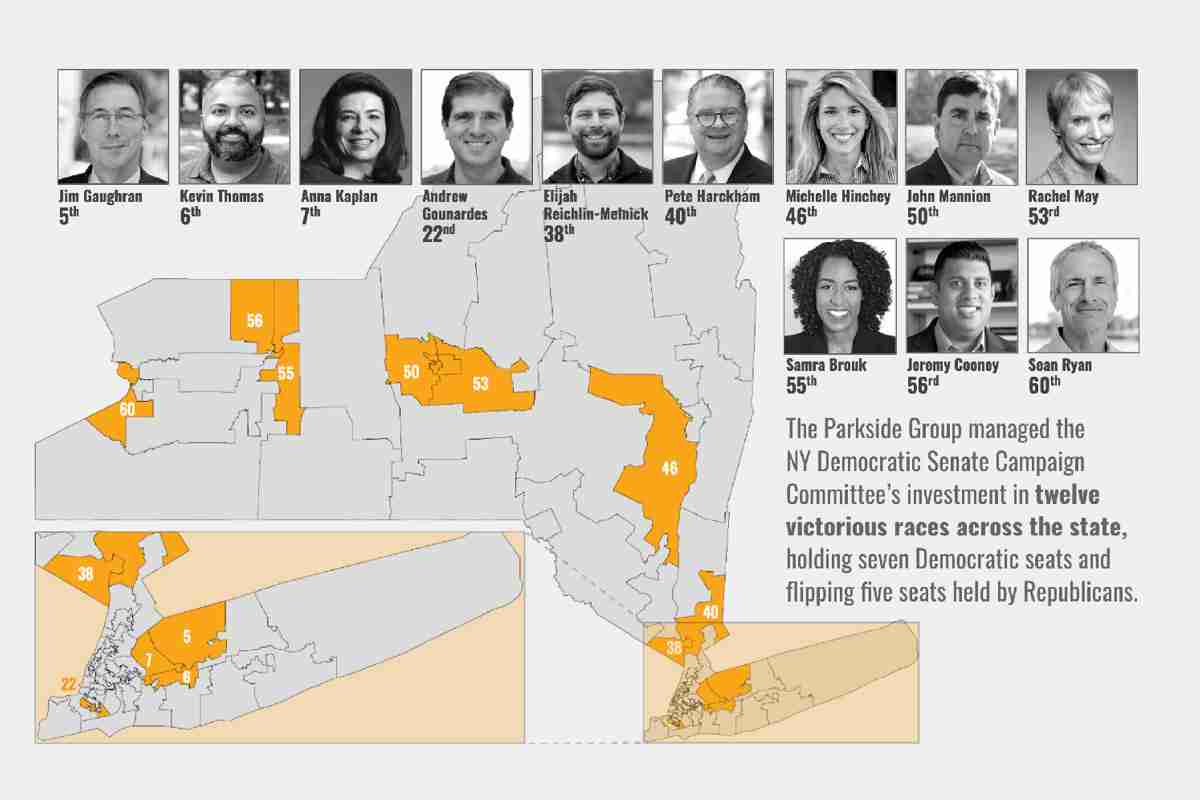 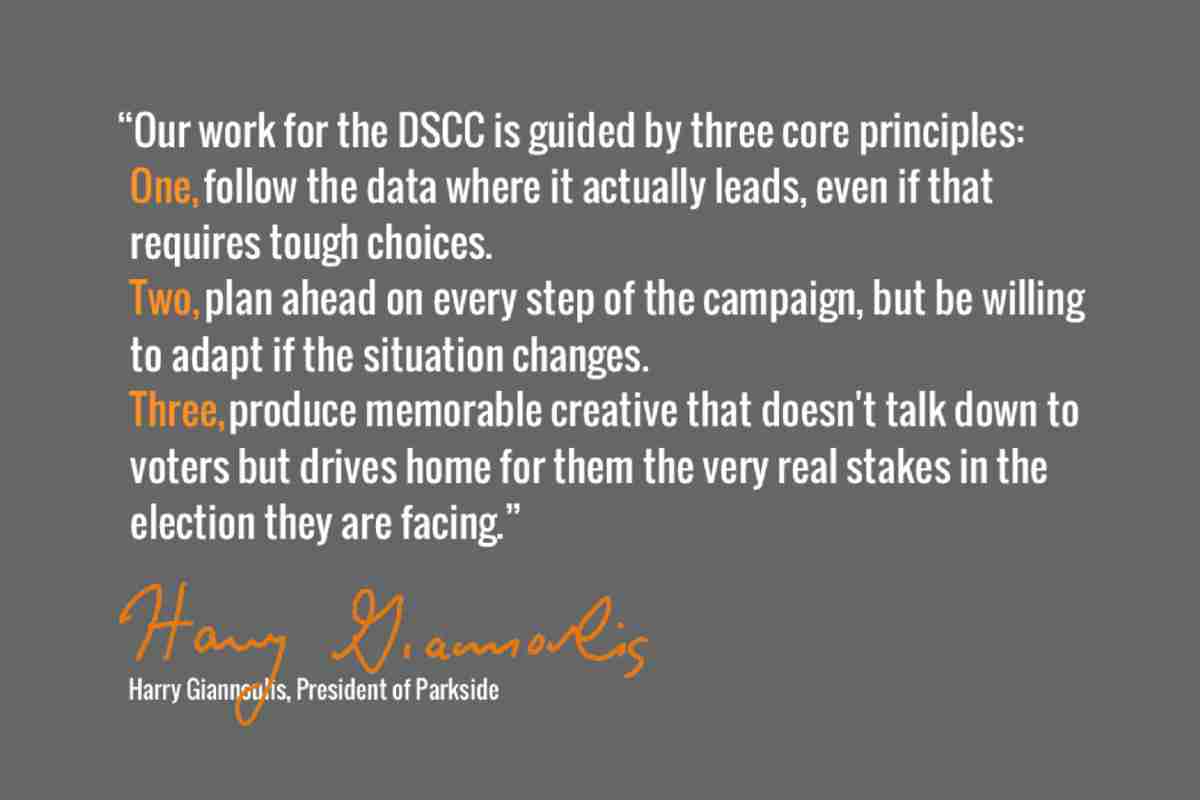 Overview
The Parkside Group served as the lead consultant for the New York State Senate Democrats in 2020, which saw Senate Democrats hold majority for two consecutive cycles for the first time since 1936 and win the largest supermajority in Senate history. Parkside oversaw $14 million in spending by the committee and candidates on races stretching from the tip of Long Island to the heart of Brooklyn to far upstate in Syracuse, Rochester, and Buffalo.

Parkside was able to achieve so many victories by carefully budgeting DSCC’s resources, by utilizing sophisticated targeting, research and polling, and by producing award-winning direct mail, television, and digital advertising campaigns. Every campaign that Parkside oversaw also engaged in unprecedented direct voter contact efforts that were carefully monitored to ensure that key performance metrics were being met while engaging in quality conversations with voters.